We know many of you are waiting for Microsoft to let everyone know when the new Xbox One backwards compatibility games list will be announced.

We already gave you a preview of this earlier this month here, with Microsoft confirming that the Xbox One backwards compatibility batch 2 list would include AAA titles such as Black Ops, Bioshock, Bioshock 2, Bioshock Infinite, Halo Reach, Halo Wars and Skate 3.

Now, Microsoft’s Phil Spencer has given gamers an update by revealing that new games for Xbox One backwards compatibility will be announced each month as a new ‘event’ from this point onwards. 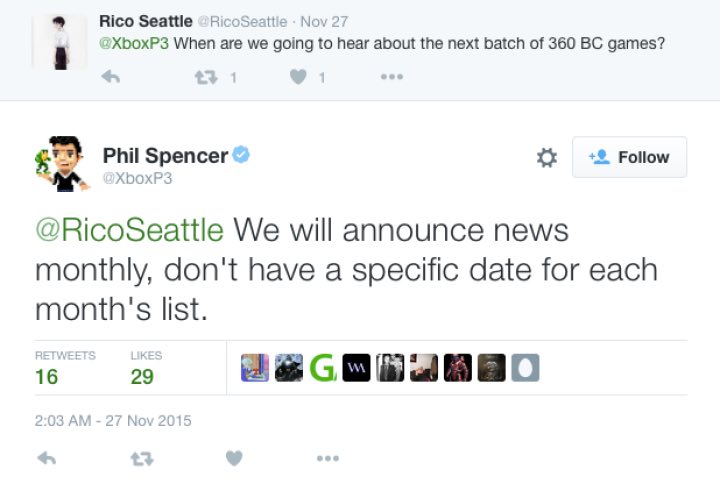 In other words, there will be no long gaps between new games becoming available. We are also assuming that the second batch of games will be on top of whatever is announced for Xbox Games with Gold on Xbox 360 – which are now playable on Xbox One of course.

It is all great news for Xbox One owners to hear as games are going to keep on coming, so if you are disappointed with a particular month’s list – there will always be the chance for the said game to come the following month.

Some of the highly requested games from the community are Red Dead Redemption, Skyrim, Oblivion and Left for Dead 2 – it is going to be amazing when these top tier games finally arrive for absolutely free.

It will be like going back 10 years when gamers actually receive free content for nothing. As we wait for the next announcement, give us your own wishlist below on what Xbox 360 discs you still have and are ready to play on Xbox One.