Most Xbox One users have only had a short while to enjoy March’s system update for the console, but now we can tell you that Microsoft is already rolling out the Xbox One April 2015 update to lucky preview program members.

It means that if you are one of the members selected into the program, you may be able to enjoy the Xbox One April 2015 update features right now.

As far as we’re aware, Microsoft pressed the rollout button over the weekend and three notable new features are available in relation to ‘Phase One’ of the update. 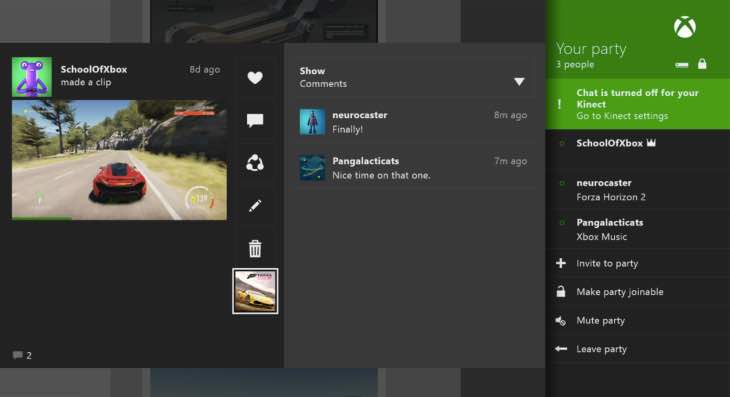 They include Achievement notifications, allowing you to view specific details of an achievement without having to open up the standalone notifications app.

Then there’s Game hub links and Party Chat improvements coming in the update as well, so it’s definitely worth exploring if you have access.

Remember that this is just Phase One, so more features will be coming as part of the April update. Check out Major Nelson for further details and let us know if you have been given early access to the update.

What are you waiting to see on your console, or ensure that Xbox One remains ahead of PS4 in features?