It looks like Microsoft are running into some problems with Xbox Live servers down for Xbox One and Xbox 360 on September 8. This is a surprise to many users as the official Xbox live status page suggests that there isn’t any issues.

There hasn’t been any planned Xbox Live maintenance today either as far as we’re aware. Right now though at the time of writing, we can definitely say that we can’t sign in to Xbox Live for some reason.

We can see right away that we’re not the only ones having issues too. We’ve included some live feedback from Twitter showing that the issues appear to be happening globally too with Xbox Live down in UK, US and Australia among other countries.

It’s worth nothing that today is when the Destiny update 2.0 for Xbox One is live, while the FIFA 16 Xbox One demo should also be available – we’re unsure as to whether this is related to the outage though. 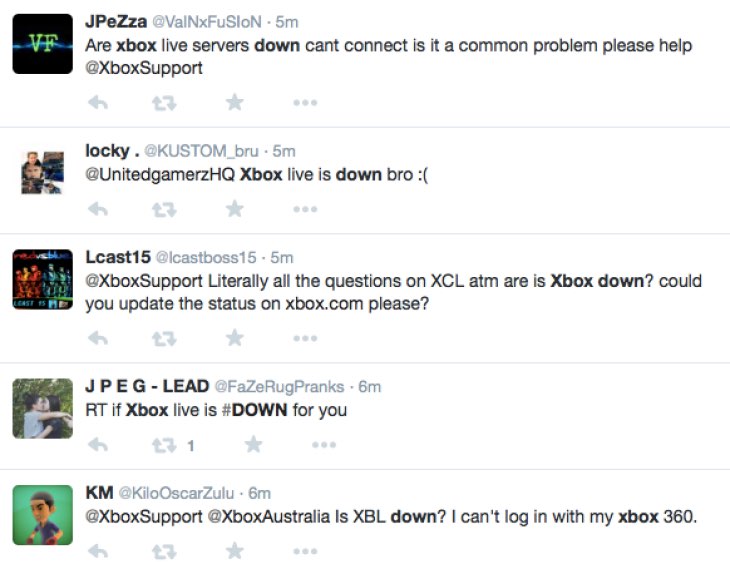 We’ll try to find an response from Microsoft on this for you, but in the meantime give us your status below and we’ll update this with more information.

Is Xbox Live down for you right now?

Update: Several hours later, Xbox Live is still down for all Xbox 360 users. Not great for those trying to download the FIFA 16 demo.