We can see that there are big problems with Xbox Live servers down on December 13, 2016. There had been no prior warning by Microsoft about the XBL servers not working today, but it has come at the worst moment with big updates for Modern Warfare Remastered to install.

We’ve taken a look at the Xbox Support page and there’s currently no acknowledgment of an Xbox Live outage on December 13.

Something is definitely wrong though, as you can see from the live Xbox Live status page. Gaming and Core services appear to be fine, but we can confirm that MWR servers are down at the moment and gamers have been telling us that EA servers are down as well. 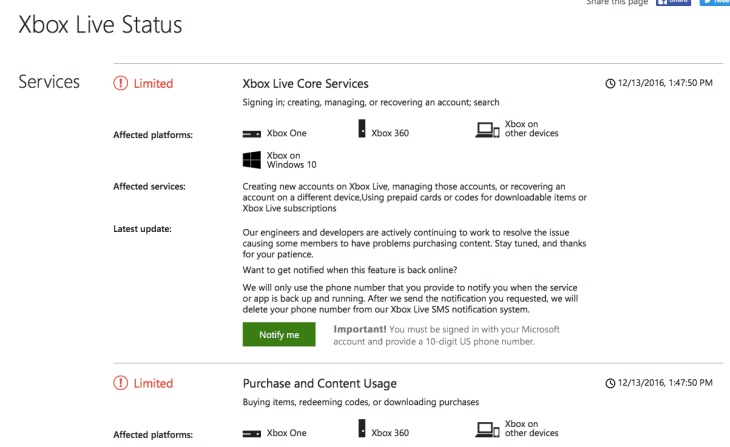 Hopefully Microsoft are sorting out the issues as we speak, but help us by telling us below if you are having problems with Modern Warfare Remastered servers down today, or any other game on Xbox Live for that matter.

We’ll update this article if there’s an important statement to share.