We received a number of reports in regard to Xbox Live problems on September 30th and moving into October 1st, which seem to indicate the Xbox Live servers are down today and the official status page is backing up reports from gamers.

One screenshot taken by an Xbox Live subscriber can be seen below and this reveals their network connection is fine, but Xbox Live is not working and an error message details this. The comment left on Instagram along with this screenshot stated, “everyone says Xbox Live never goes down, so what the hell do u call this then?”.

Some of our readers also commented, “Xbox Live matchmaking down. No Destiny”. Another added, “Xbox Live is down right now on my Xbox One, I also phoned a friend and they said their Xbox 360 is not working online. Early today I heard PSN got hit with a DDOS attack again and this took Destiny and COD severs down, so I wonder if Xbox Live has now been targeted”. 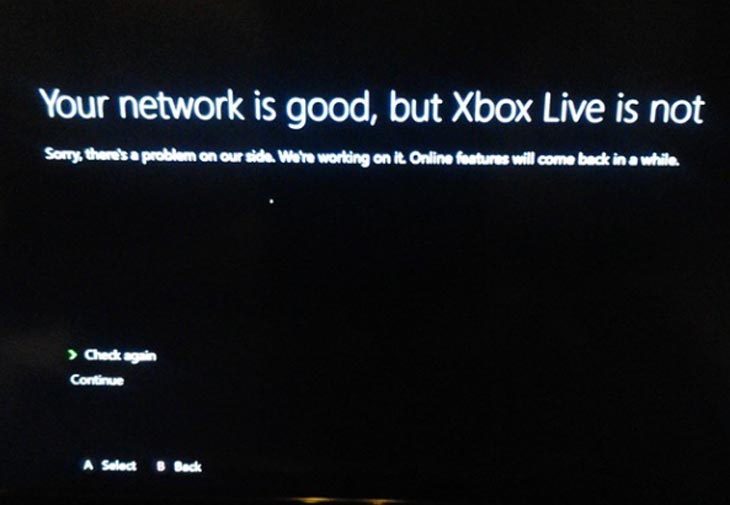 Did Xbox Live go down for you today, or are you still having problems right now accessing online gaming? We’ve included a screenshot from Microsoft’s Xbox Live status page below, which details lots of red alerts in regard to Xbox One/360 users not able to purchase games and use matchmaking.