If you are having problems connecting to COD Advanced Warfare and Destiny servers in matchmaking, it will be due to ‘routine’ maintenance according to Microsoft who has just updated their service report.

COD Advanced Warfare and Destiny are the two games that have specifically been mentioned by the Xbox team, but the problem could involve other Xbox One games that have a matchmaking feature as well. 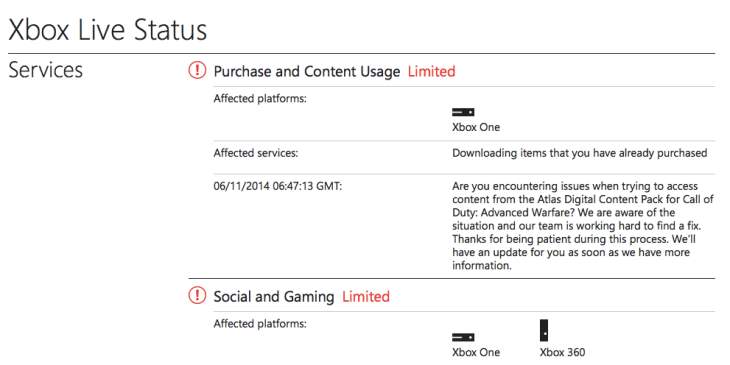 According to the Xbox Live status checker, Xbox 360 matchmaking is also limited at the moment with Microsoft trying to find a solution as soon as possible.

Xbox Live is not down though at the moment, so hopefully there will be a fix to matchmaking within the hour before it spreads to an actual outage.

Are you experiencing any Destiny and COD Advanced Warfare server problems on Xbox One and Xbox 360 at the moment in your area? Let us know if you have had issues when using matchmaking and we’ll update you when Microsoft issues the next live service report on their website.