For those of you wondering ‘Is Xbox Live down’ right now, we can confirm that Microsoft are experiencing a few issues with the service, according to the official Xbox Live status checker website.

At the time of writing, it states that Social and Gaming is on ‘Limited’ status, with the specific issue being related to ‘Accessing or retrieving data stored using cloud storage’ on Xbox One with data sync problems on Xbox today.

As a result, it means that games such as Elder Scrolls Online, Destiny, Advanced Warfare and FIFA 15 are down on July 14 too. 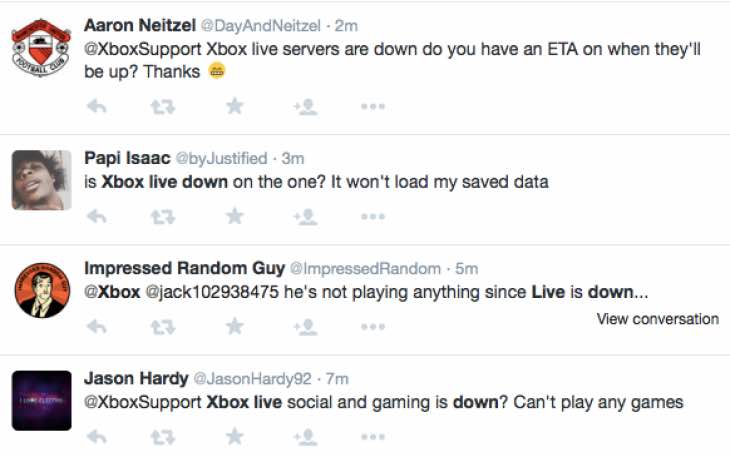 Microsoft’s Xbox Live team has already said that they are working on fixing the problem, so Xbox Live should be back up very soon.

Can you log in to Xbox Live now and play games or is the service completely down for you? Microsoft states that issues are ‘limited’, but we have seen some say that they can’t play games full stop.