This is a bit of a strange situation for us, as the official Xbox Live status checker states that there are no major outage regarding online gaming.

However, according to the official Elder Scrolls Online Twitter page, Xbox Live is down for their game and as a result maintenance today has been extended. 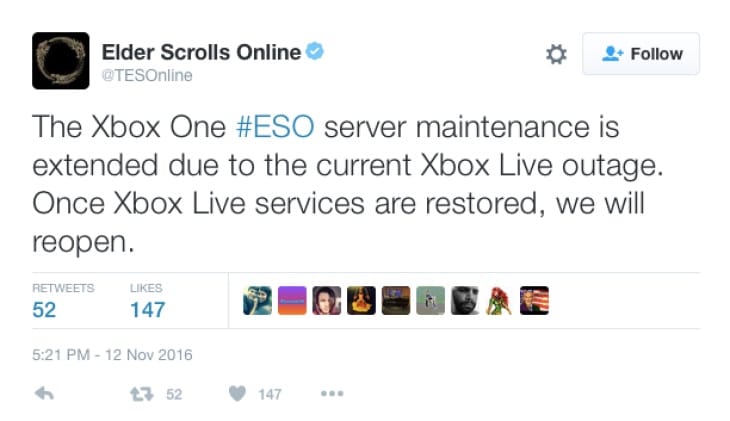 We’ve since had complaints on our own TESO server outage checker page, from gamers who haven’t been able to play for several hours.

This is obviously a bit shocking given it is the weekend and there shouldn’t be any planned maintenance whatsoever for the game, especially for those that have limited time to play.

Can you confirm big Elder Scrolls Online server problems on Xbox Live on November 12? Please tell us how long the game was down for you and if you still can’t play.