Xbox Live Core Services are down right now and there’s been problems reported on the server status page since 7:25PM on July 1, 2015. This is within the Uk timezone, but the issues are believed to be global with both the UK and parts of USA impacted by the outage.

The screenshot below reveals a glimpse of the red alert and Xbox Live status seen just moments ago. This mentions “Xbox Live Core Services” and “signing into Xbox Live” being the main cause of issues, which obviously have taken Xbox One and 360 consoles down for online play. 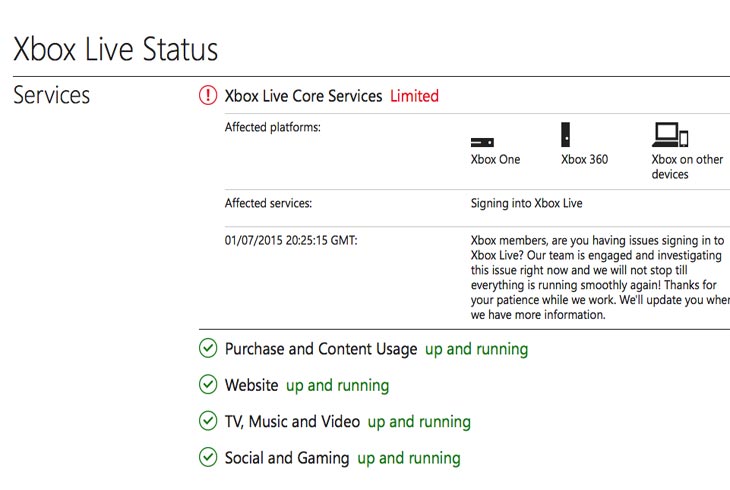 Are you not able to sign into Xbox Live today and if so, what console and in what country? Microsoft’s status update explained that their team was “investigating this issue”, although this seemed like a regular message and didn’t detail the exact cause of the downtime.

This story is developing and we will have more in the next hour. It’s worth nothing that with Xbox Live going down, this is why you cannot play the likes of Destiny, GTA V, and Advanced warfare, so it’s not a problem with 3rd party servers.