After weeks of anticipation and anxiety, Sony and Microsoft have now revealed their respective PS Plus and Games with Gold November updates. The choice of free games on both are interesting and now we want your opinion in terms of Xbox Games with Gold Vs PS Plus for the November 2014 lineup.

To recap, Microsoft has offered Volgarr the Viking as the free game on Xbox One for November. It’s a 2D retro platformer similar in the mould to the awesome Ghouls N Ghosts and also a game that originally released on the PC in 2013.

We can see that Volgarr the Viking currently has a very pleasing 76 Metascore and a 7.7 User score which is great for an Indie game. Meanwhile on Xbox 360, Red Faction: Guerrilla and Viva PiÃ±ata: Trouble in Paradise are going to be offered which are another two solid games. 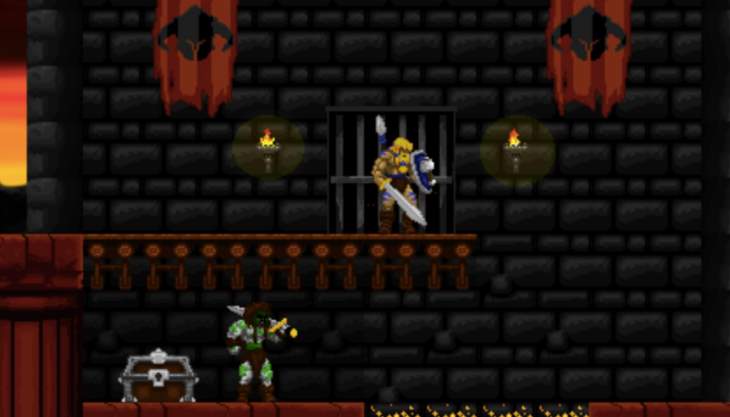 In comparison, the indie theme is continuing on PlayStation 4 as well. For November, users will be given The Binding of Isaac and Steamworld Dig. While you may be disappointed at first, you should be aware that Steamworld Dig was released on the PS4 back in March and currently has a stunning 82 Metascore on Metacritic.

The Binding of Isaac shouldn’t be perceived as second best either as it’s another excellent indie game. The original is available on PC at the moment and has a 84 Metascore, but PS4 users will be getting the ‘Rebirth’ edition starting from November 4.

On PS3, the free games on offer will be Frozen Synapse Prime and Luftrausers. Which platform offers the best content for the month though? We have to say that Volgarr the Viking could turn out to be the star game, but Sony should be commended for sticking to their promise of offering TWO games a month – unlike Microsoft.

Let us know your overall feelings on the content for November and if you are happy with what you are getting.