Microsoft has announced the new game lineup for Xbox Games with Gold September 2016 on Xbox One and Xbox 360. The good news is that the lineup is a lot better than last month’s and we think you’ll be happy with the results.

On Xbox One, players will be given Earthlock Festival of Magic and also Assassin’s Creed: Chronicles of China. On Xbox 360, Forza Horizon and Mirrors Edge will be offered which are two great games. 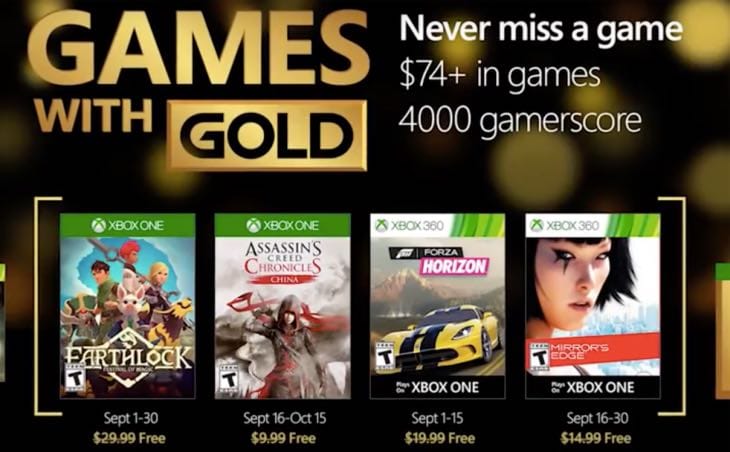 Remember both those games are backwards compatible so if you still have those original discs lying around – you get them extra for free on Xbox One too.

Microsoft has stressed that the total value of all four games is over $74 while the gamerscore achievable is 4000.

Are you happy with this new lineup, or still slightly disappointed? Give us your reaction below in the PR discussion section.