We are almost ready for the highly anticipated Xbox Games with Gold October 2015 free games on Xbox One and Xbox 360. If you haven’t downloaded Tomb Raider: Definitive Edition yet – now is the time to grab it before it’s gone.

Having said that, Tomb Raider is being offered for longer than usual and will actually be available for free until October 15 – overlapping the new games which will become available on October 1 2015 as always.

Unfortunately, we don’t have any early leaks to tell you about yet. Microsoft will announce the Xbox Games with Gold for October 1 2015 during the last week of September but before that we usually get an indication of at least one game that is coming.

It happened with June’s Massive Chalice offering which leaked early and fans will be hoping that they get some hints again for the October lineup.

With that said and done, what are you hoping to see? It’s also worth pointing out that we are heading into the busy Holiday period so Microsoft may want to woo non-subscribers with a great game to get them to commit. 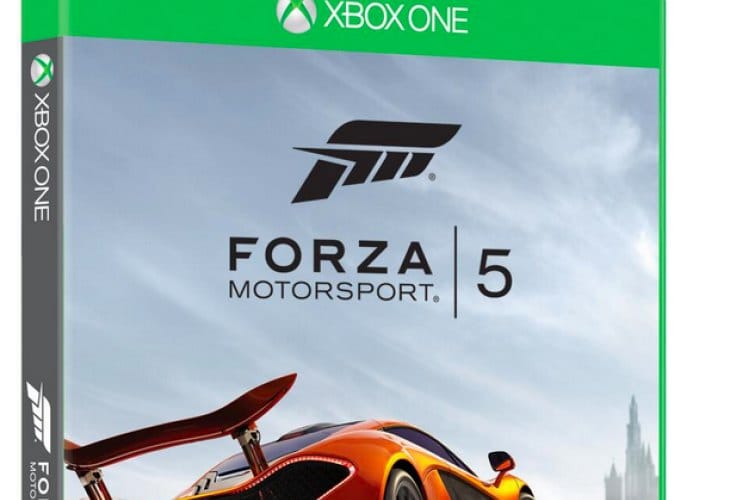 Is it finally time to see Ryse offered, or how about Forza 5 now that Forza 6 is available to buy – that would be a great move if it happened.

As always, we’ll update you here once leaks start appearing which they inevitably will. For now, give us your own predictions below on what you want to see for the games that will replace Tomb Raider on Xbox One and Crysis 3 on Xbox 360.

Update: The October 2015 Games with Gold have now been revealed. The final choices are Valiant Hearts and The Walking Dead on Xbox One. 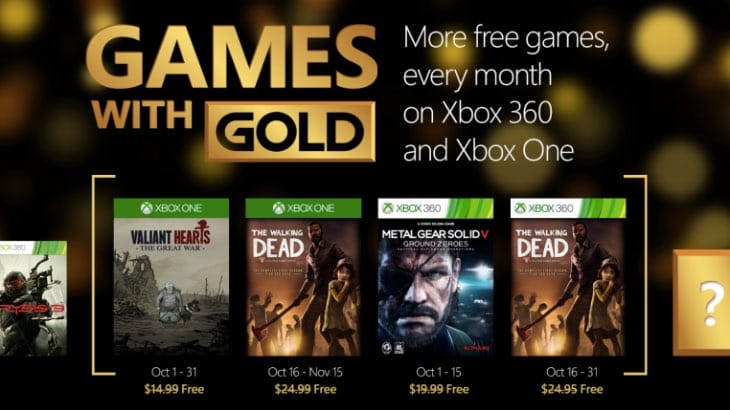 It’s Xbox 360 owners turn to get Metal Gear Solid V: Ground Zeroes this time and it will also be joined by the Xbox 360 version of The Walking Dead.

As highlighted above, the new games will go live starting from October 1. The initial leak we posted yesterday turned out to be incorrect, but what are your thoughts on the official games – are you happy with the selection or not?