Xbox gamers are already wondering what the free games are for Xbox Games with Gold May 2016. In all honesty though, subscribers should be extremely pleased right now at the quality of games being offered on the service compared to Sony’s PlayStation Plus.

In April the likes of Sunset Overdrive and Saints Row 4 have been offered on Xbox One and Xbox 360 completely free. Two amazing games, which do a lot to convince subscribers that their ongoing Xobx Live Gold fee really is worth the money.

Sony has to catch up in our opinion, especially if Microsoft drop even more bombs for the free games in May. For the last three months, the Xbox One game has been leaked early via the Xbox Live Marketplace – so will it happen again? 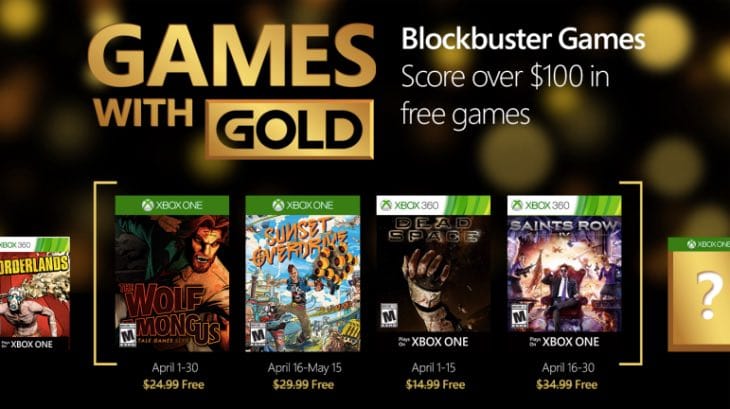 So far we haven’t had any such leak, but we have a feeling that if it is going to happen again it will be later this week, so stay tuned. It usually happens in a non-UK , US Xbox Live Marketplace so we’ll keep you updated on when the leaks arrive.

As for the game which you want to see, how can Microsoft possibly top Sunset Overdrive and Saints Row 4? Do you agree that you are really happy with your subscription at the moment as long as Microsoft continue to deliver the AAA goods?

Let us know your Xbox Games with Gold May 2016 predictions below and we’ll come back with more info for you soon.