We can confirm what the free games are for the highly anticipated Xbox Games with Gold July 2016 update. As always, there’s four games being made available and now we have an indication of what games will be available.

We told you earlier this week that Banner Saga 2 was part of the leaked information that suggested it would be one of the Xbox One games being offered.

Now we can confirm it as being true, also that the other game on Xbox One is going to be Tumblestone. On Xbox 360, users can expect to enjoy Rainbow Six Vegas 2 and also Tron Evolution. 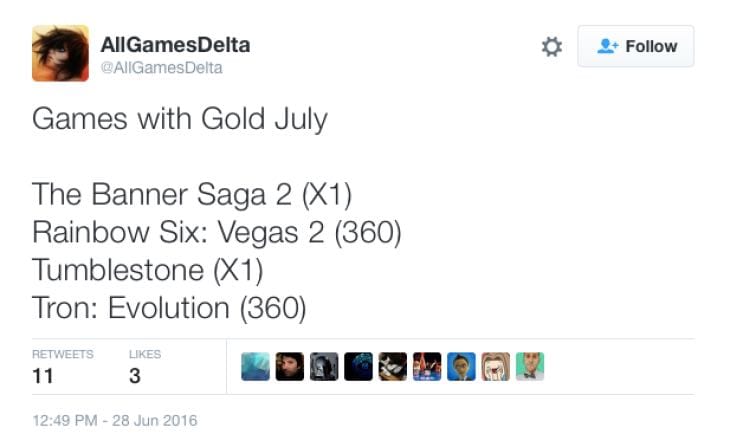 Remember that if you have both of these Xbox 360 discs at the ready, you can play them on Xbox One at no extra cost too thanks to backwards compatibility which is now in effect on all future Games with Gold titles.

Are you happy with the Xbox One lineup though, or expected better? You can download the first batch of games starting from July 1, as normal.

Give us your reaction below.