Microsoft has just announced the free games which will arrive in September as part of your ongoing Xbox Live Games with Gold membership.

The two games that are on the way to Xbox One will be Prison Architect throughout all of September and then Livelock which is available from September 16 until the next cycle.

On Xbox 360, players will get Lego Star Wars 3 and Monster World, both of which are playable on Xbox One via Backwards Compatibility. 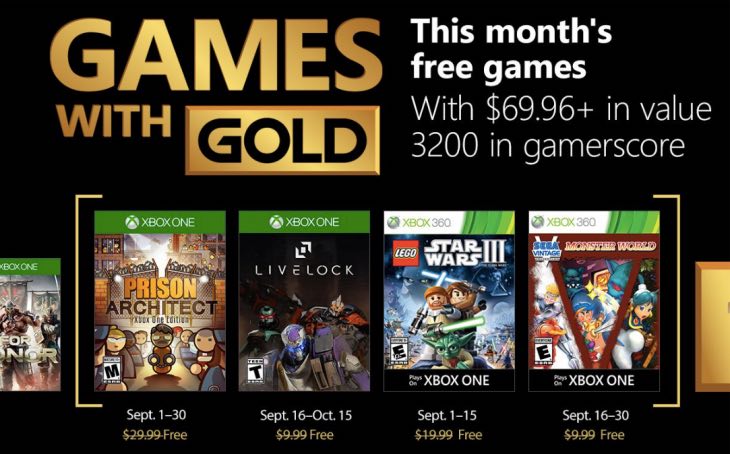 After a top month of games in July, it’s no surprise to see a muted reaction to the September lineup and many fans are already bemoaning the fact that Microsoft has put two $10 games into the lineup for this month.

Good news: September Games With Gold is 2 days away!
Bad news: It’s 2 days away.
Good news: We’ve got a sneak peek for you ðŸ‘‡ https://t.co/YNPuXJ7d7H pic.twitter.com/3FnwLLsp0F

If you are a paying subscriber, let us know how you feel about the games this month and what you are hoping to see for October which will surely be a lot stronger.