We have some great news for those of you who love party games with the family. Microsoft has just announced the next lineup for the February 2019 Edition of Xbox Games with Gold and there’s some nice surprises in store.

Super Bomberman R is part of the lineup and will arrive on February 16, with Bomberman one of the classic games that can always guarantee laughs when playing in a big group. 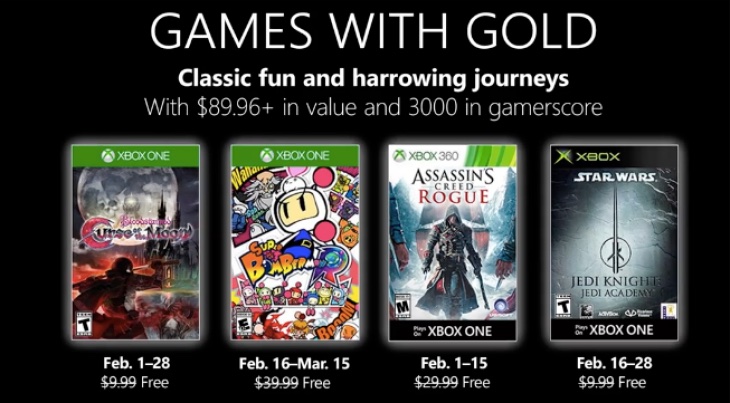 Before that though, Bloodstained Curse of The Moon lands on February 1 and will be available throughout the entire month. For those who enjoy Backwards Compatibility, the two Xbox 360 games playable on Xbox One will be Assassin’s Creed Rogue and Star Wars Jedi Knight: Jedi Academy.

You can check out the video above for a preview and let us know what you think. It looks like a very solid month indeed in our opinion.