Microsoft will soon be revealing the free games for Xbox Games with Gold February 2017. It is going to be very exciting to see what Microsoft offer given the fact that they gave subscribers an amazing start to 2017.

We have touched upon the fact that Microsoft has been offering better quality vs Sony’s PS Plus program in recent months and January was a perfect example.

To remind you January gave players Killer Instinct Season 2 along with Rayman Origins, two fantastic high profile games which definitely put a smile on those paying their subscriptions each month. 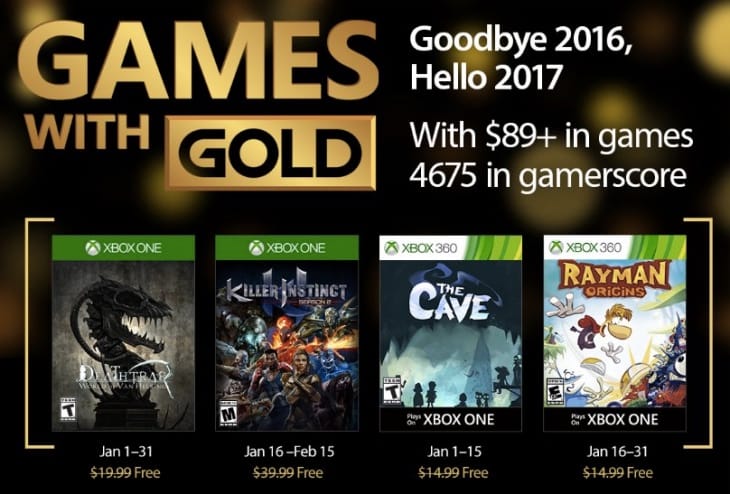 As you can see above, Microsoft wasted no time in boasting that the total value of January’s Games with Gold was $89+ which is why we feel it is going to be hard for Microsoft to keep that kind of level up as we move into 2017.

Xbox Games with Gold February 2017 predictions: What can we expect to see for next month’s selection? So far there hasn’t been any leaks to tell you about but we can see that many players are hoping that Microsoft offer Alan Wake and Dead Rising 3.

We doubt we will get both of these top games in one month, but to get at least one would be an amazing February indeed and keep the pressure piling on Sony.

Would you be happy with either game? As we wait for the announcement from Microsoft, tell us what game you would love to see!