We usually get some advance hints on the games that will be appearing in Games with Gold each month and now it looks like we have our first solid Xbox Games with Gold February 2016 leak to tell you about.

Nothing has been confirmed yet of course, but a screenshot that is currently doing the rounds online suggests that one of the Xbox One games will be ‘Hand of Fate’.

You can see the screenshot in question below, with many users saying that this initially appeared on console being highlighted as ‘free with gold’. However, clicking the game redirected to a paid listing suggesting that somebody at Microsoft may have jumped the gun a little too early. 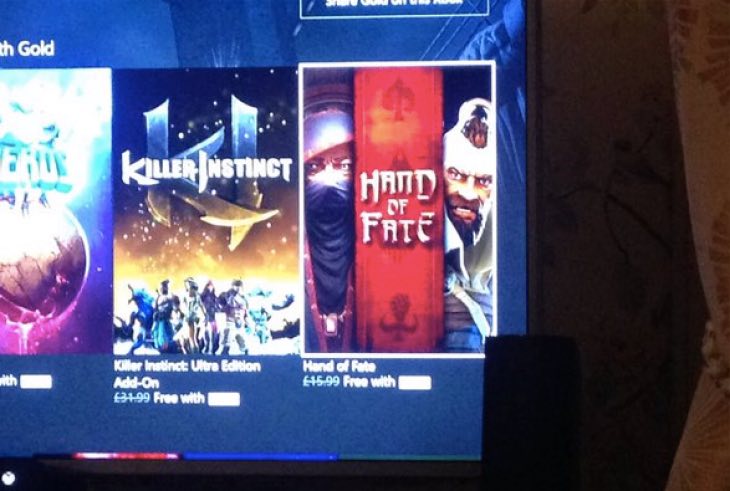 You can buy Hand of Fate for Xbox One right now, but the asking price is still $20 so we’ll have to wait and see what happens. We do remember that previous Games with Gold titles have been leaked in this way earlier than schedule so it could be promising.

The game itself has a very unique concept as a RPG-style card builder game, one which we think you will love if it’s selected for Games with Gold. It was originally launched last year in February and currently has a positive rating over at Metacritic with an 80 Metascore.

One year on from launch, do you want to see Hand of Fate as one of the free Xbox Games with Gold games for February 2016? What other game would you choose to compliment it?