Microsoft has now confirmed the full lineup for Xbox Games with Gold for August 2016, revealing that there is going to be some top games available for free.

Microsoft says that the total value of August’s lineup is $120 and that is mainly due to the inclusion of WWE 2K16 which is the big highlight next month.

Still being played actively by devote wrestling fans, now all Gold subscribers get the chance to play this for free starting from August 16. 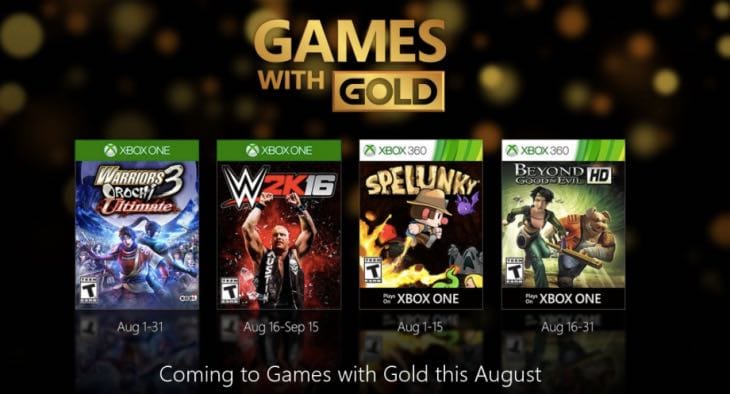 Joining WWE 2K16 on Xbox One will be Warriors Orochi 3 Ultimate, while Xbox 360 owners will get Spelunky and Beyond Good and Evil HD.

That is a nice lineup compared to July you have to say and there should be a lot of you who are happy about getting WWE 2K16 for free.

Remember that the two Xbox 360 games are available on Xbox One too via backwards compatibility. Give your reaction to the lineup below.