It looks like we may have the first leak with regards to the highly anticipated Xbox Games with Gold August 2015 free games on Xbox One.

If we are to believe the latest rumors going around courtesy of a leaked image from 4Chan, then Microsoft will finally be offering Ryse for free.

This is the Xbox One launch game that many fans have been waiting to appear on the Games with Gold list. Now it may be happening and could also be joined by Slash Dash. 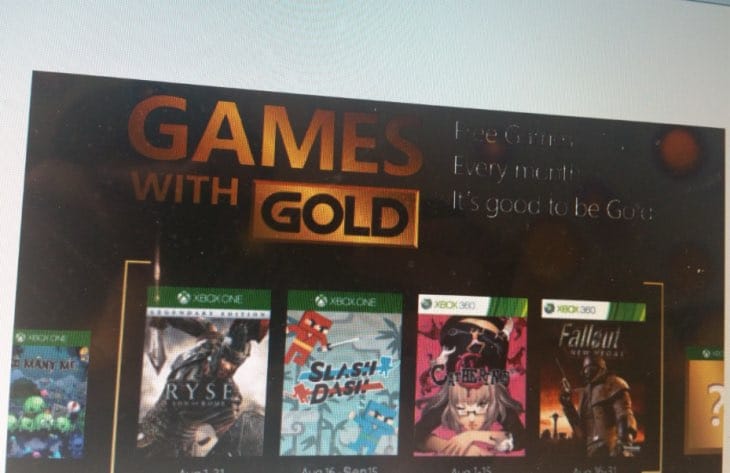 Take a look at the image for yourself and let us know what you think about it – does it look legit? Then again, the source is from 4Chan and given the photoshop powers of some of the trolls over there, it wouldn’t take long to conjure up a believable image leak.

With this in mind, we advise you to take caution before treating it as fact. Assuming the information is real though, Xbox 360 owners will be getting Fallout New Vegas and Catherine which is again a very impressive list.

We are expecting the official announcement from Microsoft next week, so while we wait for that tell us your thoughts on Ryse potentially being selected.

Is this what you have been waiting to see for months?