Once again, we can see that there has been yet another leak for Xbox Games with Gold April 2016 and it has happened in the exact same way.

To cut the story short, Microsoft has been leaking their own Games with Gold titles in advance by listing them on the Marketplace on console as ‘free’ under the Games with Gold section.

This has been due to different region store employees, since it hasn’t happened in the UK or US stores. The last two games for March and February were leaked in this way and turned out to be correct and now we have the next game. 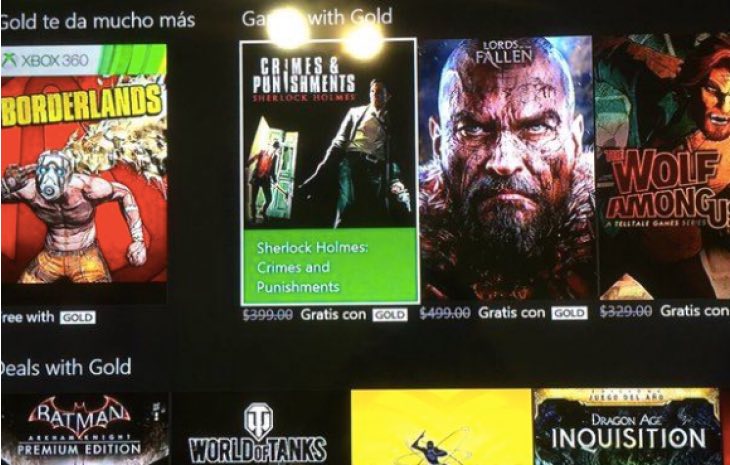 Assuming the screenshot above is correct, then one of the free Xbox One Games with Gold titles for April 2016 will be The Wolf Among Us.

This is great news if true, as the game is another from the highly regarded Telltale Games and was initially released in episode form like so many other of their collection.

Obviously it is not 100% confirmed yet, but we wouldn’t put it past on yet another leak taking place since others have been correct every single time.

Do you know about this game, would you be delighted if The Wolf Among Us is going free? Let us know your thoughts in the comments section and also what you want the second game to be.

Would this qualify as a ‘blockbuster’ to you?