Microsoft has just introduced their answer to PlayStation Now and it is called Xbox Game Pass. It will allow subscribers to access hundreds of Xbox One and Xbox 360 games with unlimited access and with one major difference to PlayStation Now.

Unlike Sony’s product, Xbox Game Pass will allow users to download the titles in question digitally. In other words you won’t be relying on a streaming service and as a result will eliminate buffering problems that you may have experienced on PlayStation Now.

It will be available from Spring 2017 but Preview Program members get to sample the goods early which is a lovely treat. 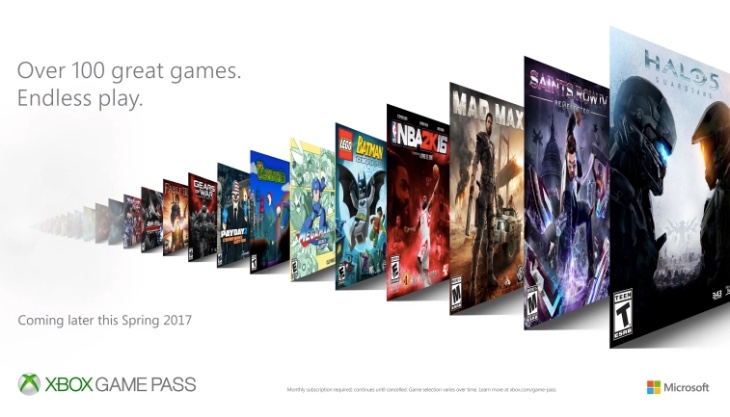 As far as we’re aware, Microsoft plans to add and remove games to the Xbox Game Pass collection each month and right now we have 11 confirmed titles that are definitely coming at launch – obviously there will be a lot more too.

For now though, here is what you’ll get:

We’ll be able to bring you an updated list soon, so you can bookmark this page and keep checking back for new games added.

Microsoft want to charge gamers $9.99 for this service which you could say is the going rate for similar services so do you think it is worth it?

Let us know your reaction below and if you think it is better than PlayStation Now on paper!