It looks like Microsoft has some surprises in store for Xbox Game Pass members this month, with a new teaser having been posted to social media requiring users to solve a riddle.

The Xbox team appears to have done a good job with it as well as it seems that nobody has managed to solve the riddle yet.

Take a look at it below, the general consensus among the Xbox community is that it is meant to be a new Xbox Game Pass reveal which will be unveiled at GamesCom – this event is scheduled between August 21 to August 25. 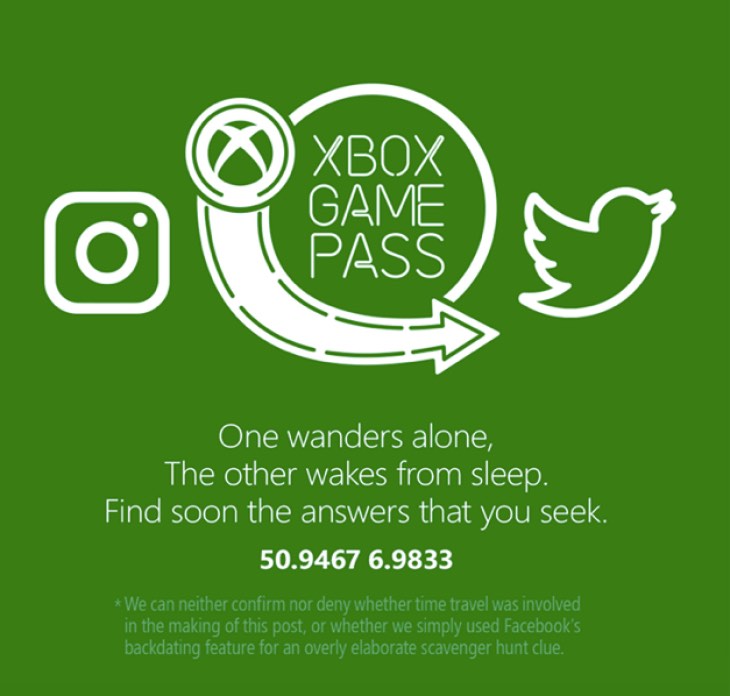 Some of the games predicted by users so far include DOOM, Fable, Hellblade and Quantum Break. Hopefully we’ll get another set of clues before GamesCom kicks off though as it’s not enough to solve the riddle with the current teaser.

Are you a happy Xbox Game Pass member? Let us know what game you would love this tease to be and if you have managed to solve the puzzle.