If you notice that your Xbox One friends list is not working today, then don’t think this is something impacting your machine only. Microsoft has confirmed on their Xbox Live status page that both Xbox One and 360 consoles are experiencing list problems.

In fact, the Xbox Live status page has updated on Feb 16 with other services down as well. Microsoft report that Xbox One/360 have problems “creating and managing accounts on Xbox Live”, also signing into Xbox Live problems as well. It’s not clear exactly why there’s so many issues today, but you can see the exact errors within the screenshot below. 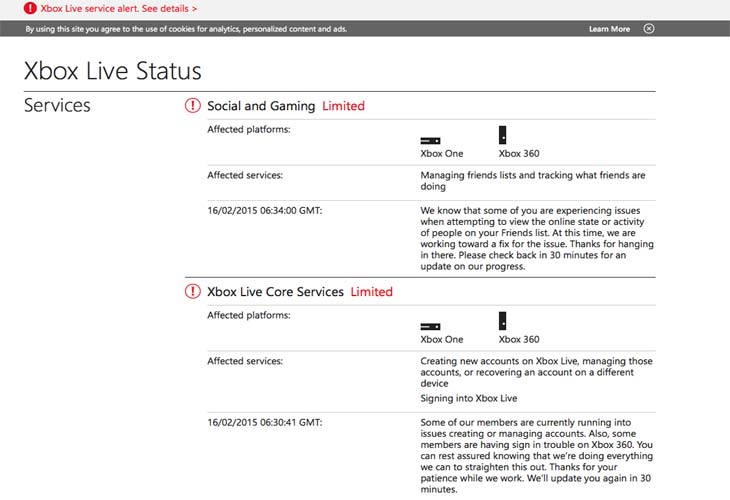 Are you having problems with Xbox Live today and if so, is this also with your friends list not loading? The biggest problem being reported on sites like Down Today, seems to focus on the Xbox One or 360 friends lists not working. If you have problems with this part of your console, then let us know any errors you are seeing below.

One Product Reviews reader said, “I go to my friends list on Xbox One and see 0 friends, I am sure I had more than that”. It seems some people can get the list to load, but when it does all their friends are missing. We have confirmed this to be the case on both our review machines this morning as well.