Wacky 8-bit sports game IDARB may be the star of Xbox Games with Gold for February, but we now have the confirmed Xbox Deals with Gold games for February 2015 to tell you about.

On Xbox One, Far Cry 4 is the main attraction as Microsoft are now offering the game with a whopping 33% discount. This is good as we can see that the 33% discount is also available for the $89.99 Gold Edition, which comes included with the Season Pass and exclusive content only found with that version.

Elsewhere, for Xbox 360 owners you can now pick up Assassin’s Creed Rogue with a 33% discount as well. One of the best discounts available is Walking Dead Survival Instinct though hands down. 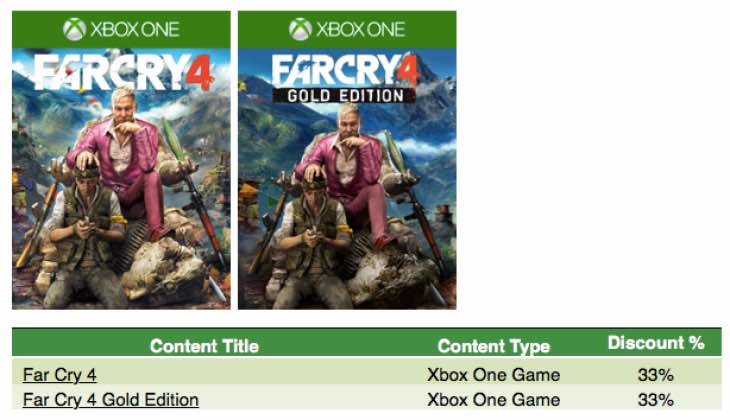 If you like the Walking Dead and still play your Xbox 360 regularly, you’ll want to know that this game is available with an 80% discount – that is pretty incredible you have to say.

Head over to Major Nelson’s blog for the full Xbox Deals with Gold games list for February. Let us know if you are interested in buying any of the games that are on offer – the discounts will be valid until February 9.