We have some good news for those that are looking to get hold of a bargain this month. Major Nelson has just confirmed the Xbox Deals with Gold September 2015 games list on Xbox One and Xbox 360 and there’s a great selection available.

If you have an Xbox One, you’ll be able to enjoy a 30% discount from The Witcher 3. This is pretty amazing for two reasons – firstly the game is still very much popular among fans and second even Silver members can take advantage of this deal.

Also available are discounts on Assassin’s Creed 4: Black Flag and Rayman Legends too which is 50% off until September 7. 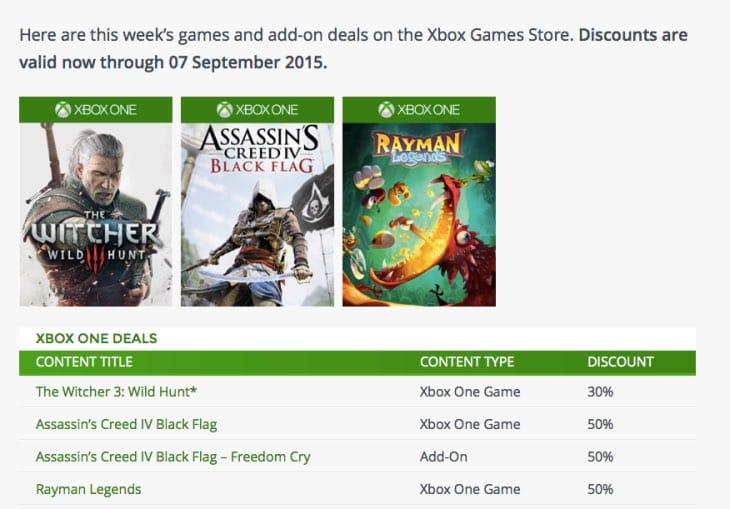 Xbox 360 owners are not getting left out of the party either. In perfect preparation for Black Ops 3, Microsoft are now giving users the opportunity to pick up Black Ops 2, Call of Duty Ghosts or Advanced Warfare with huge discounts.

Head to Major Nelson to see the full list of games and see if you are tempted by any of the sales – they are all valid until September 7 so you have a week to purchase.