We told you in our last report that the Games with Gold list should be unveiled on Thursday October 30. While that prediction is still looking likely, now you can take a look at the discounts which will be available to you starting from Halloween and lasting until early November.

The big inclusion is discounts for Titanfall on Xbox One and GTA V for Xbox 360. Microsoft has shown the generosity to the fullest here, as GTA V is going to be 50% from October 31 to November 3. 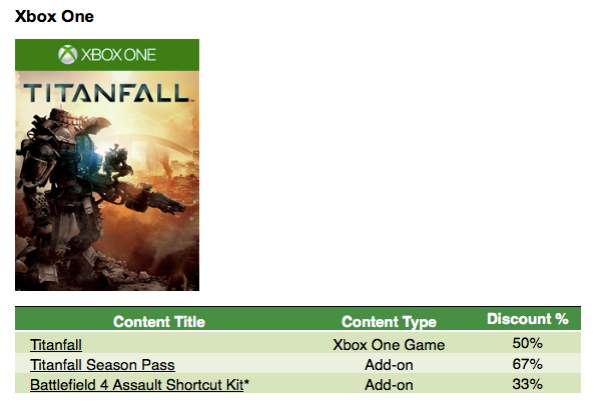 Even better, Titanfall is also going to be 50% off which is pretty amazing considering that the game only launched back in March this year – that’s only half a year later but already half price.

Xbox 360 owners will also want to know that the recently confirmed GTA San Andreas remaster is 75% off until November 10. It features 720p graphics and also new achievements to unlock according to Rockstar.

The full list of deals is available at Major Nelson’s website. Let us know your thoughts on the 50% discounts to GTA V and somewhat surprising half price discount for Titanfall so early.