It looks like Microsoft are definitely pressing forward with their plans to phase out Microsoft Points as a payment platform for their future Windows and Xbox services. Reports have emerged, suggesting that the plan has already been put into motion on Windows 8 using an Xbox related service store.

It’s fair to say that there is divided opinion on using Microsoft Points as a virtual currency for Xbox Live Marketplace payments, although some of you are also worried about the idea of using real money, as the costs may end up being higher than what you would usually pay with Microsoft Points.

Sony has been using real money for the PlayStation Network since the PS3 launched and it seemed inevitable that Microsoft would eventually follow on with a real cash solution of their own. A screenshot which you’ll see below shows that Microsoft has already started to use real money on Windows 8 for buying Xbox 360 content on the video store. 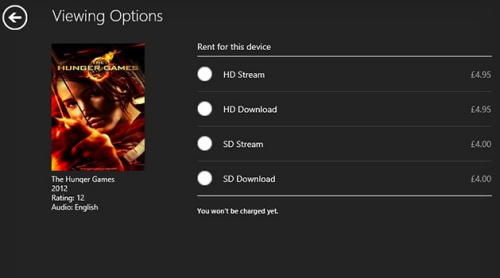 At the moment, most DLC packages cost 1600 Microsoft Points, which roughly translates to $19.99 in real money. Using this system, it means that 80 Microsoft points will give you around $1 of real money, but if Microsoft converts to real money in the future – it will be much easier for consumers to know exactly how much they are spending on DLC.

Microsoft Points are likely to stay in operation for the duration of the Xbox 360 lifecycle, but is this evidence that they are planning to introduce cash payments for the Xbox 720? Perhaps the question we should be asking is, would you be happy with this change or would you prefer Microsoft Points to continue on into the next generation of Xbox as well?

It seems to be working just fine on the PlayStation Store and these virtual gift cards to put instant credit on accounts works a treat. Let us know where you stand on the Microsoft Points debate and whether Microsoft should carry on with them for the Xbox 720.