We have yet more rumors to share with you now for the next Xbox console, and these are possibly the most exciting yet if true. We’re hearing that the Xbox 720 could be equipped with a six-core CPU and that an announcement could be just a few months away.

You may remember recently that we reported on two sets of information for the Xbox 720 with both revealing possible ‘Loop’ and ‘Ten’ codenames, as well as the possbility of Microsoft’s next Xbox 360 console running on Windows 9 OS.

Now though, fresh details have apparently slipped out from French site Xboxygen, as they claim that Microsoft will unveil the new console as early as CES 2012, which will take place in January next year. It will allegedly come with a hex-core CPU, complete with 2GB of DDR3 RAM and AMD graphics – specifics were not mentioned.

There’s also a brief mention of ‘Loop’ again, as this is meant to be the company’s name who are handling software development. Another team, thought to be called ‘Infinity’ are apparently handling the rest of the console’s duties, as reported from VG247.

The big eyebrow raiser for us, is the 2GB of DDR3 RAM listed. That isn’t a lot of memory in today’s standards, just ask PC gamers who have been running 8GB RAM systems for a few years now. However, it could be 2GB of GDDR3 RAM for one specific area of the console like graphics, and another 2GB of DRR3 RAM for other functions giving a total of 4GB which wouldn’t be too bad.

You can check out the French website yourself for the whole scoop, as we have provided the translated version here for you to make life easier. CES 2012 is only a few months away, so do you really expect Microsoft to pull a huge surprise and announce their next Xbox console already? It seems far too early for us, and we would have thought that such an announcement of this magnitude would be held off until E3 2012 at least. What are your thoughts on this guys – would a hex-core CPU, AMD graphics and 2GB of DRR3 RAM (questionable) do you nicely? 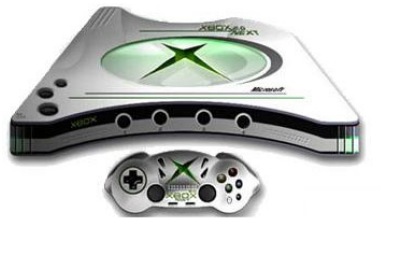