You would have thought that the Xbox 720 name would be set in stone already, after various apparent ‘leaks’ from Microsoft, including one momumental leak from the company during the Summer. However, new details have emerged suggesting that the name for the next Xbox is still very much up in the air and could change from 720 before the new console releases next year.

To refresh your memory, head back to our report on June 18 when the leak first emerged, with a leaked 56-page Microsoft document referencing the next generation console by the Xbox 720 name, along with augmented reality, 3D support, Blu-Ray playback and cloud gaming as just some of the touted features.

The Xbox 720 name was even referenced in the fairly recent Real Steel movie, when you could see an Xbox 720 banner in one of the arenas along with a whole host of other Microsoft brandings such as Bing. If you don’t know what we’re talking about, we’ve managed to track down the clip from Real Steel below, so you can see it for yourself.

With all of this in mind, a new report has emerged from VR-Zone, claiming that their sources have told them that the next Xbox won’t be called the Xbox 720. The console is heavily expected to launch during the 2013 Holiday period, but according to their sources, it may end up being called the Xbox ‘Next’. 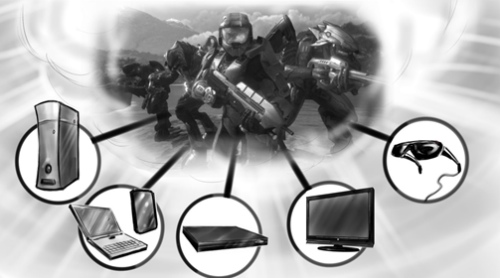 Other possible candidates mentioned in their report include the Xbox 8, which has been rumored several times already and just ‘Xbox’, which would certainly be a bold move by Microsoft if true, with Sony’s next console on course to be known as the PlayStation 4.

Do a simple Google search for Xbox ‘720’ and it’s clear to see that millions of gamers just assume that the next Xbox will have the 720 tag attached to it. Will public awareness end up being a crucial factor in Microsoft’s final decision? Apple surprised everyone when they called the latest iPhone, the iPhone 5, rather than the ‘new’ iPhone that would have fallen in line with the new iPad released in March – so public awareness clearly came through in this instance.

Are you surprised that the naming game is still going on with the next Xbox? Since everyone now refers to the console as the Xbox 720, should this name stick, or would you prefer Microsoft to think outside of the box like they did with Kinect?