Calling to all gamers, prepare to battle as we bring you the latest news of which console is the greatest of all and predicted to come out on top in 2011. Will it be the PS3 or the Xbox 360?

For years now analysts have been predicting and producing reports of which console would sell the most units each year. In a report we came across by TVG research which dates back to 2009, they predicted Sony’s PlayStation 3 would have overtaken sales of both the Wii and the Xbox 360 by 2011. They also plotted sales results that they had so far for the consoles, against a graph to project how the sales would do 10 years into each consoles life cycle. Read more here to see what they found.

In a more recent report by PCWorld in 2010, they found analysts had also forecast the PS3 sales would continue to rise, even producing specific figures. 127 million consoles for the PS3 compared to 103 million Wiis however they fail to produce a figure for the Xbox 360. You can view their full report here for more details. 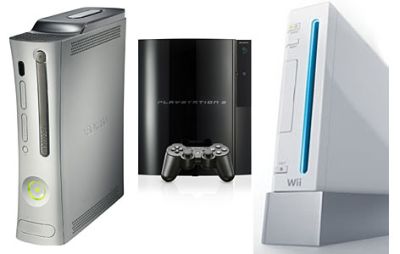 The latest report we came across seems to suggest differently from both the previous analysts’ research. It comes from Examiner.com who write about the developments that went on in GameTrailers.com’s recent episode of Bonus Round. Specifically what Michael Pachter, cult-personality and industry analyst had to say about Sony PS3’s future. Check out the full article where they quote Pachter as saying Sony ‘are destined to be in third.’

What are your predictions? Who do you think will sell the most consoles?