So far the take up of 3DTVs hasn’t quite taken the world by storm with many consumers not wanting to buy into the technology. This has been put down to the lack of quality content available by some, but 3D gaming has been looked on as having a great future even if it is may not be via the 3DS. The PlayStation 3 has been able to play 3D games for a while, and now an Xbox 360 update is due to drop soon that will bring 3D compatibility to the console.

While the PS3 still has its Blu-ray player to offer a 3D experience, Xbox 360 owners will soon have the opportunity to play 3D games on their console according to PCAuthority.com. The update which is thought to be coming in the next few days will bring a full stereoscopic 3D experience to selected games.

One of the first games confirmed to be 3D compatible is the upcoming Halo Anniversary, which is the HD rework of Halo: Combat Evolved from back in 2001. On its official blog Microsoft said “Using a custom made top-and-bottom 3D technology, 3D-TV owning fans will be able to experience the amazingly remastered “Halo: Anniversary” in a more immersive experience than ever before.”

Other titles that are expected to make the 3D crossover are Batman Arkham City and Gears of War 3. Whether this will mean loads of gamers rushing out to buy themselves a nice new 3DTV remains to be seen, but at least Xbox 360 owners now have the chance to play 3D games if they want too.

This sought of update further strengthens the belief that the current generation of gaming consoles has plenty of life in them yet. There is no need to bring out new hardware at the moment so owners can just enjoy what they already have.

Will this update make you go out and buy a 3DTV? 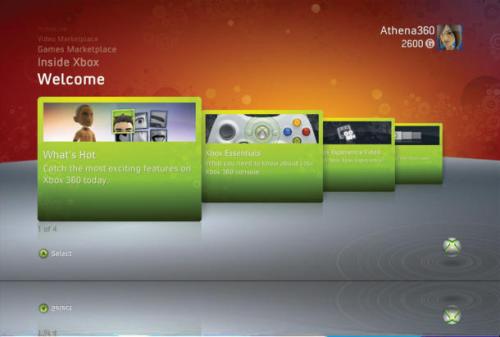