Remember those rumored motherboard shots of the supposed Xbox 360 Slim console? Well, things might have gotten just a little bit juicer now, as one website is claiming to have the first pictures of the console in the flesh.

As reported from VG247, the pictures have surfaced from Dutch website GameKings. They are probably fake mind you, and a lot of instant eagle-eyed gamers have noticed the similarities with these images and the now-extinct HD-DVD drive.

Still though, we thought you better take a look at them. And on a ending note – it IS April 1st this Thursday, so this could be the start of things to come this week – You’ve been warned.

What do you think of the image? Real or the fakest thing you’ve seen in your life? 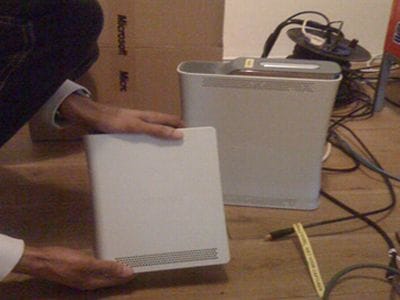