Some very interesting news to bring you now, as an image has surfaced on the net, which is thought to be the motherboard for an Xbox 360 slim console – It had to happen didnt it?

That is according to this report from Kotaku, who state that the image shows the CPU and GPU chips merged into one wholesome chip, thought to be a key component of the rumored 360 Slim.

Could Microsoft be lining up a Slim console to release alongside Project Natal? It would be pretty exciting if thats the case.

We’ll obviously update you when we hear more news on this – for now, give us your thoughts on a possible release. 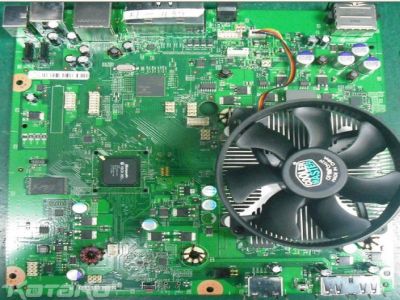