During yesterday’s Microsoft keynote at E3 we now see that the Xbox 360 Kinect for Kids is a troubling new strategy. We say this due to the fact that there are now a number of games due to hit the console aimed directly at children. New Sesame Street and Disneyland games are just two of them.

Games are now being developed for the younger audience, and this is what worries us. It is all well and good having kids play on these consoles, but should they be doing so at the age of 3? That is such an important age in their development, and stopping them from playing with learning toys and getting outside could stunt their growth mentally.

We know that we are now in an age where technology plays a major part in our lives, but surely three years old is a little too soon to rely on it? Do not get me wrong, technology is here to stay and we say embrace it, but not when you are a toddler. How can a child learn all of their motor skills by holding out their hands and trying to control something that is not there? They need to be able to feel and touch different things so that they can learn to hold things. 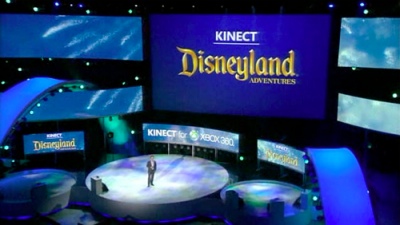 There are some parents who will agree with this, and those that do not, and that is their prerogative. The video game industry believes that there are no boundaries when it comes to how old someone is when they start playing games; so do you have a problem with this?