Earlier today we revealed the official price for Kinect for Xbox 360, now we can confirm the price of the 4GB Xbox 360 Console we spoke about last week.

Again Major Nelson revealed this price today on his blog, the new Xbox 360 4GB console will set you back $199.99 and should begin shipping on August 3rd.

Before the official announcement there was a little confusion surrounding whether this console would feature 4GB of internal flash storage or come with a 4GB USB flash disk, we can now confirm that its 4GB of storage is internal.

If you scroll down you can see the official retail packaging for the 4GB Xbox 360 console.

Will you buy this version of the console? 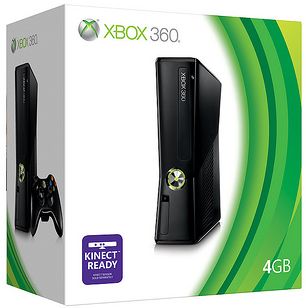