How are you getting on with your WWE Supercard Legendary card list? The last time we spoke about this addictive card game, was the fact that one user actually managed to get a Legendary John Cena, but didn’t want it.

Now though, it looks like players are starting to progress through the King of the Ring tournaments nicely and as a result have been starting to get some luck with Legendary Cards.

We have some images to show you now, giving you a heads-up on what the WWE Supercard Legendary Brock Lesnar card is going to look like. Surprisingly though, there has been reports suggesting that there are actually multiple version’s of Brock’s Legendary card. 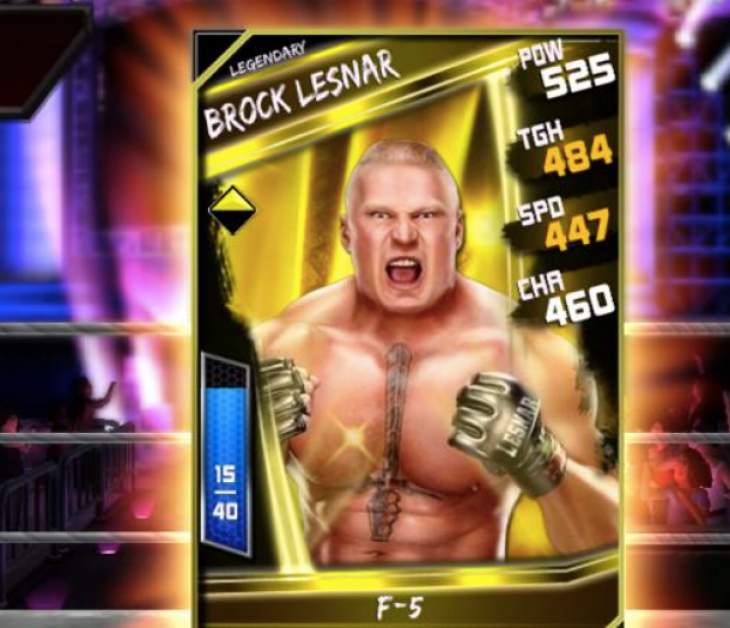 We have images to give you proof of this, although obviously they could have been photoshopped as one possible reason why there are multiple versions of the same card, with different stats.

Either way, it’s nice to just see Legendary cards being picked out, just to put your minds at ease in case you were thinking that the odds were too high.

We’ve been told by a few players that these cards can be obtained without buying packs as long as you are lucky and keep progressing through King of the Ring.

What Legendary cards have you managed to get so far? – Let us know if you can beat this Brock Lesnar card with your collection at the moment.