If you own a copy of the WWE Smackdown vs. Raw 2011 video game, then we have some great and no doubt exciting news for you. THQ has just announced new DLC for the professional wrestling title, which will be available for the PS3 and Xbox 360 and arriving on December 21st.

As Garrett Hartman over at ripten.com recently reported, the new DLC pack — which hasn’t actually been given a price as of yet — will provide players with some brand new playable superstars including David Otunga, Wade Barrett, Layla, Lex Luger and The British Bulldog. 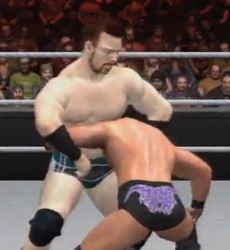 Playable superstars aren’t the only thing that is featured in the new DLC Pack 2 either. An article by James Orry over at videogamer.com provides us with a little more information, and it appears that the pack will also include alternative costumes for Shad and Shawn Michaels and the NXT Arena.