Back in January we provided our readers with a few details for the upcoming arcade-style wrestling game, WWE All Stars. This of course included information about the roster, which as Alan Ng mentioned was said to have included John Cena, The Rock and Triple H.

However, according to a recent article over on thegamersparadise.com website, the publisher THQ has just confirmed the first half of the official WWE All Stars roster. Although we have probably mentioned quite a few of them already, there are no doubt some new names on the confirmed list. 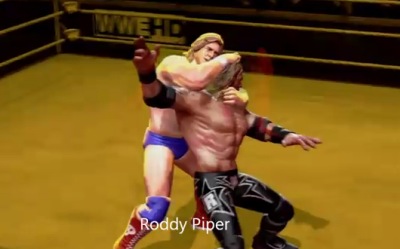 Besides revealing the first half of the official roster, THQ has also released a new batch of screenshots. As Tamoor Hussain over at computerandvideogames.com recently reported, the new screens show off the finishing moves of characters such as Hulk Hogan, Bret Hart and Edge.

You can view the screenshots via the CVG link here. Are you looking forward to buying the WWE All Stars game?