A few days ago we brought you news regarding the roster for the upcoming arcade style wrestling game WWE All Stars. We now have even more great news for you, as we’ve just learned that the box art, new wrestlers and a couple of new trailers have recently been unveiled.

As Robin Parker from the godisgeek.com website recently noted, the release of the official box art for WWE All Stars — which will be available for the PlayStation 3, PSP, PlayStation 2, Xbox 360 and Nintendo Wii — showed off a couple of yet to be announced wrestlers including Hulk Hogan.

This may come as a surprise to some wrestling fans, considering Hogan currently wrestles for WWE’s competitors Total Non-stop Action Wrestling (TNA). There was previous speculation that he would not be involved in the WWE All Stars game, due to his TNA contract. 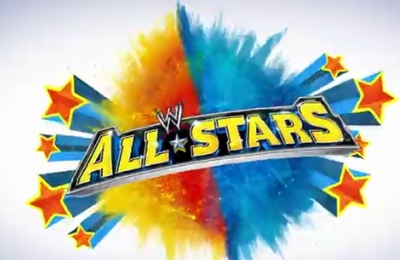 The other wrestler revealed within the box art is 1980s legend The Ultimate Warrior. According to James Orry over at videogamer.com, each WWE Legend and WWE Superstar will be equipped with their very own signature moves, renowned finishers and individual abilities.

You can view the new trailers on a recent post by Yogev on the nextgn.com website. Are you looking forward to purchasing the WWE All Stars game? If so, which platform are you buying it for?