THQ has juts uploaded the first-ever trailer for WWE All Star 3DS, however we can’t help but think that the graphics already look dated, obviously a 2D trailer is not going to do a 3D game justice, but we still would have expected more from it.

You can watch the video at the bottom of this post, we first spoke about this game back in late August and we were impressed by the fact it allows you to battle it out between superstars, past and present, but if you check out the image we have embedded below you can see just how limited the game is visually (by the way the image is meant to look like Chris Jericho). 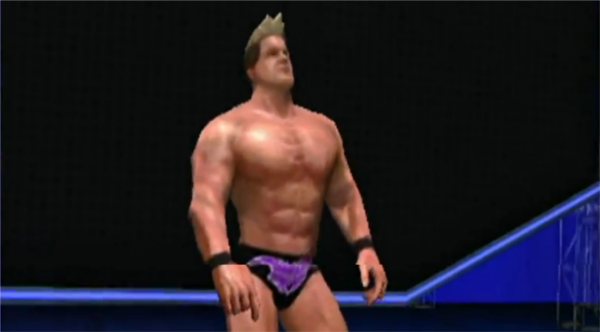 Now as we previously stated you should not dwell on the graphics, but instead think about gameplay, we are told that there are over 40 superstars and some all-new game modes which you can play whilst witnessing “eye-popping 3D” – we don’t have a full roster for you, but in the video we spotted Chris Jericho, Hulk Hogan, Andre the Giant, Macho Man Randy Savage, John Cena, Rey Myserio, Rowdy Roddy Piper, Randy Orton, Triple H, John Morrison, Sheamus, Ultimate Warrior, The Undertaker, The Rock and many more – the trailer says that this is the greatest roster of all time and we must admit it is hard not to be impressed.

If you overlook the limited visuals the game looks quite fun to play and will perhaps appeal to a younger audience, the slams and jumps from the turnbuckles are over-the-top, but let’s face it we are not looking for a wrestling simulator we want epic battles between Big Show and Andre The Giant, Hogan and Cena, The Rock and Randy Savage – we hope the controls make this game a joy to play.

Check out the video below and be sure to let us know whether you think the poor graphics matter.