We can see that many gamers are confused as to the current status of the WWE 2K16 Special Edition for US and UK regions. After the infamous saga involving Hulk Hogan’s axing from the company, you may not be aware that there is now no Special Edition for WWE 2K16 planned for the US.

The initial WWE 2K16 Hulkamania Edition has now been cancelled and his character as a pre-order bonus has now been replaced by Arnold Schwarzenegger as two versions of The Terminator.

The issue is that many wrestling fans expected 2K to replace the special edition with something else, but now we have confirmation in black and white that there will be no special edition at all – in the US at least. 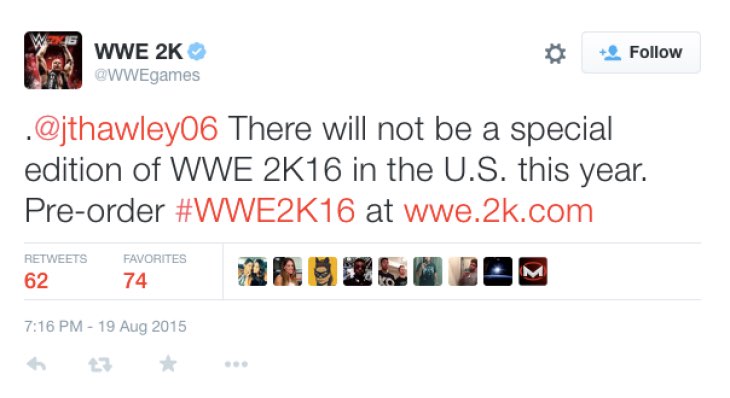 Although nothing has been confirmed for the UK, it does look like they are in the same boat too. On Amazon UK there is no WWE 2K16 Sepcial Edition to be seen anywhere on the official listing page. 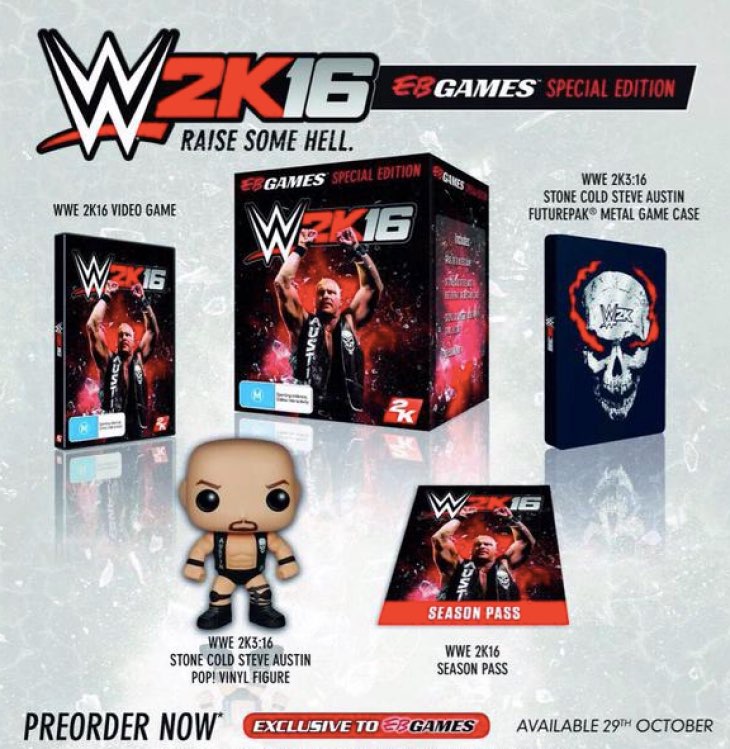 However, if you live in Australia we can tell you that there will be a special edition of the game. This is being organised by retailer EB Games and is being advertised as a WWE 2K16 Special Edition – so it will exist in some form.

Are you in the same position, where you are waiting on details from 2K on WWE 2K16 Special Editions for US, UK, Canada and other countries?

Let us know your thoughts on this and participate in the debate below.