We have an update to bring you now on the highly anticipated WWE 2K16 roster list. We previously told you that The Authority would be featured, but now we have some details from a 2K developer who has revealed that the WWE 2K16 roster size will be double that of WWE 2K15.

This is amazing news, as most of you who played last year’s game will remember that the developers included many duplicate characters which was one of the main areas of criticism.

2K has taken that on board though and we can tell you that the WWE 2K16 roster list will include over 120 unique wrestler slots, i.e 120 different fighters without duplicates.

So far, details on the game have been kept to a minimum so this should be very pleasing news for fans. Right now, the only characters that have been officially confirmed are Seth Rollins, Daniel Bryan, Dean Ambrose, Bad News Barrett, Paige and wait for it – Finn Balor aka the Demon King from NXT. 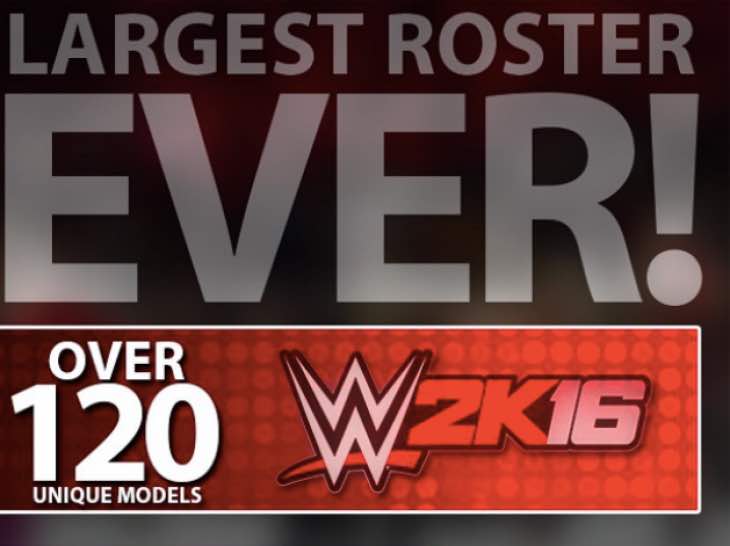 You can see the confirmation of the 120 unique slots from the picture above, which was uploaded by the WWE 2K16 dev team on Instagram.

Just put that into perspective for the moment. 120 unique slots is a massive number and finally it looks like 2K are ready to deliver on a roster that could compete with some of the classic wrestling games such as WWF No Mercy and WWF Wrestlemania 2000 back in the N64 glory days.

With this in mind, we challenge you to give us your best list on who you think should be added to the game considering that 120 unique slots are now confirmed.

It also means that hopefully, 2K will be putting in as many legends as they can possibly find as they will now have space for it on PS4 and Xbox One hardware.

WWE 2K16 is out on October 27, October 30 in Europe. Let us know what you think about this and your ideal picks below – is this great news for you?