While 2K are busy working on new DLC for console versions of WWE 2K16, we can see that the WWE 2K16 PC release date rumors are still not going away with suggestions that there may be a release coming up later this year.

While this would obviously be amazing if true, it’s an even better prospect to think of the unlimited fun that could be had in terms of WWE 2K16 mods on PC once developers get to work.

After all, having WWE 2K16 on PC would theoretically mean that any wrestler could be created from any era and that is a major attraction for any fan.

On top of that, fans would probably even go to the lengths to create any PPV arena from the Attitude Era and potentially even put in custom music for some mod matches – RAW Is War theme anyone? 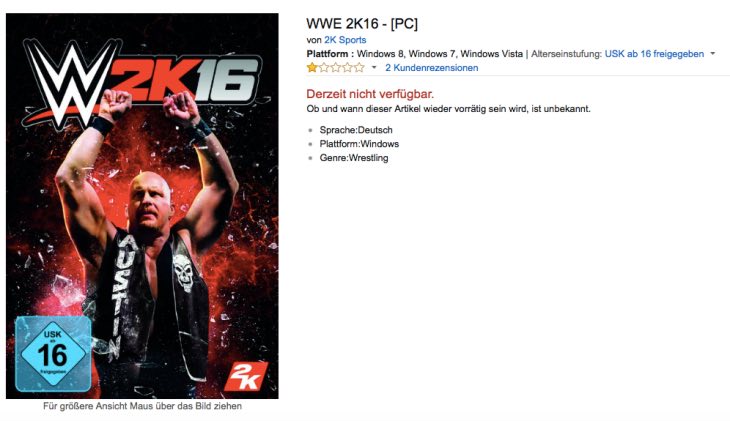 Those are just some ideas from us though. We’re sure most of you have been paying attention to the PC rumors and would love this to happen – why is the PC listing on Amazon Germany still active from the end of 2015 we wonder?

As we wait for more rumors to arrive on if WWE 2K16 is coming to PC, we want you to leave your comments below showing your interest.

Would you buy the game on PC from day one to show support for 2K? Talking about mods, what kind of mods would you love to see on PC that isn’t on console right now?