We can see that many of you are searching for the WWE 2K16 leaked roster, as information has turned up hours ago which suggested that we may have the full list of wrestlers in WWE 2K16.

That information came from an IGN video, which is why everyone jumped to the conclusion that it was real. However, we’re here to tell you that sadly the leaked roster is fake and has been revealed to have been taken from a concept video from YouTube user Smacktalks.

The roster featured names such as Shane McMahon, Sting, David Otunga and even Hulk Hogan. That alone should have been warning signs that it was fake since Hulk Hogan has now been removed from all WWE activity and replaced in game by The Terminator. 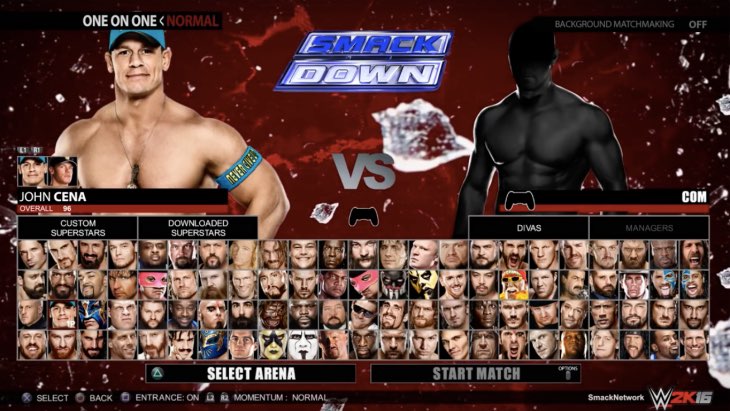 It’s a shame to get everyone’s hopes up, especially since the alleged roster list also featured names from the past such as The Dudley Boyz, Jake the Snake Roberts and X-Pac who we would all love to see feature.

The reality is though that the list isn’t real. You can see the names mentioned here, but you should still watch the amazing concept video below anyway.

2K still hasn’t updated the official WWE 2K16 website with the full roster so until that happens all information is inaccurate. Give us your thoughts on the leaked roster and if you believed that it was real.