Many WWE 2K16 launch buyers expected the WWE 2K16 Creation Studio App release date to be available for download on iOS and Android on the same day as when the game launched in the US.

However, two days after release we can still see that the WWE 2K16 Creation Studio app release time is not live yet. 2K did maintain that the app would be available ‘shortly’ after release, but does it now suggest that they are waiting until WWE 2K16 has launched in all regions first?

WWE 2K16 is still not out in Europe, as the game will be available in the UK and other countries on Friday October 30. 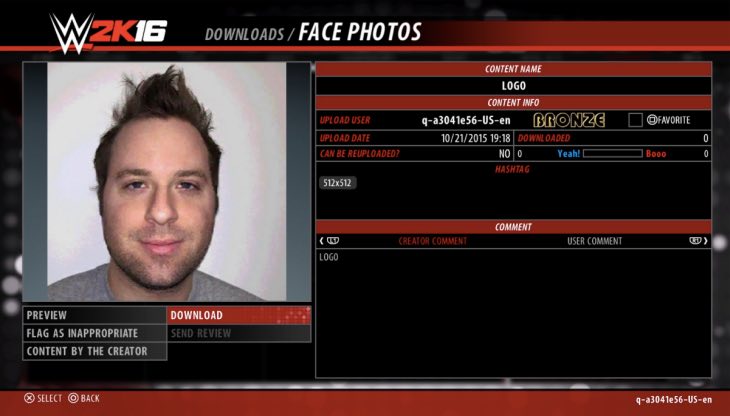 Hopefully the WWE 2K16 Creation Studio app download on iOS and Android will go live on Friday, as we can predict gamers will not be happy at all if they have to wait until after the Halloween weekend for the app to be out.

The Creation Studio mobile app for WWE 2K16 allows players to scan their own face into the game so it is a major companion to the core list of features since you can then take that scan into the create a wrestler modes. 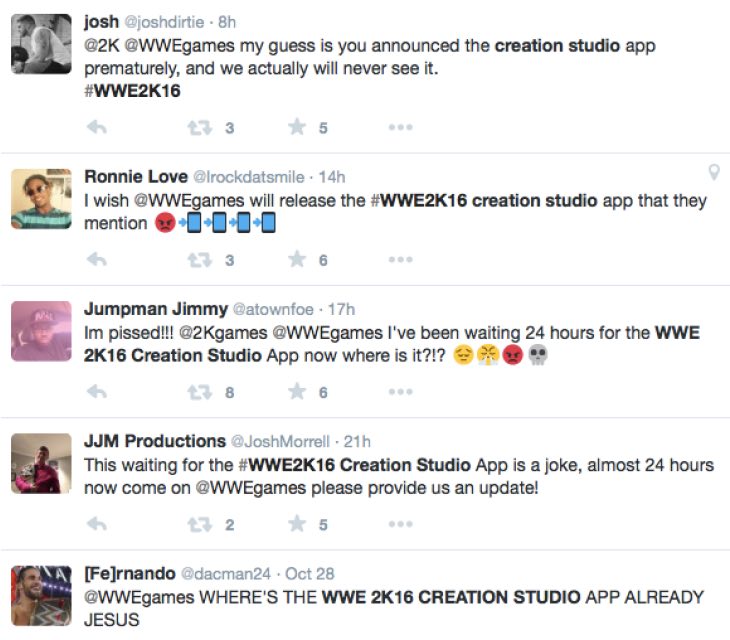 You can see from some of the feedback above that players really want to use this app as soon as possible and many had expected it to be available day one.

Hopefully this isn’t a case of a premature announcement and 2K will launch as soon as the game is available in Europe.

Are you disappointed about the wait for the WWE 2K16 Creation Studio app? Give us your thoughts on this below.