2K has finally unveiled some new footage for WWE 2K16 which is due out later this month. Specifically, fans can now get their first look at WWE 2K16 Create a Superstar, as well as something brand new too – gameplay of WWE 2K16 Create a Show.

For the first time, 2K is allowing WWE 2K16 to set up their own PPV events and giving fans a suite of tools to choose from.

We’re assuming that the main objective is going to be to create those PPV events that don’t make it into the game, with the hope that 2K has also put the assets in to bring back some of the past events from the Attitude Era.

You can see how it works by checking out the new gameplay trailer below which also takes a look at Create a Superstar, Create a Diva, Create an Entrance and even Create a Championship. 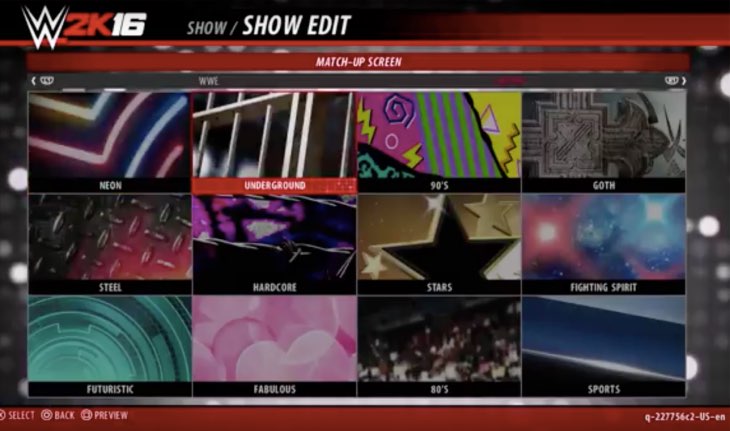 Judging by the early feedback that we have seen on social media and on YouTube, it looks like fans are very impressed by the WWE 2K16 Creation Suite so far.

Take a look at all of the improvements below and let us know what you think about it, compared to WWE 2K15.

Are you happy with the Create a Superstar mode and Create a Show modes this year – how would you improve and what tools are you hoping to see available?