The wait is over for WWE fans. Wrestling fanatics have been waiting to see a WWE Sting return in 2014 and last night on Monday Night RAW live, fans finally had something to be happy about – or did they?

Steve Borden AKA Sting appeared on screen on RAW, but only to promote a WWE 2K15 Sting trailer, in which two generations of the legendary wrestler will be available.

When fans realized that Sting would only be appearing on a game rather than on WWE RAW in real life, we could actually hear some boos from the watching audience who felt that they had been cheated.

At this moment it is unknown whether Sting has signed a contract with the WWE which involves a TV appearance, but for now Sting is only working with WWE in terms of the WWE 2K15 game due out later this year.

As we mentioned above, two generations of Sting will be available – the classic WCW appearance of the character and also the more modern look of Sting from his TNA days. 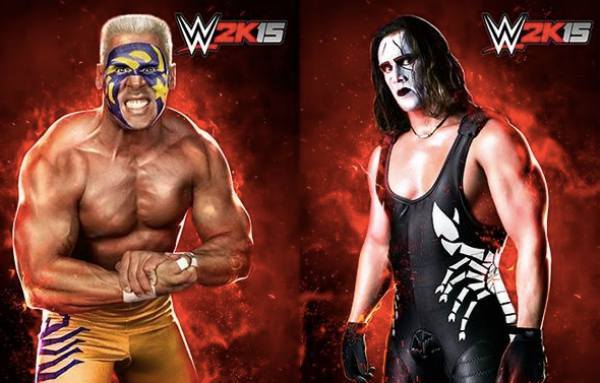 Either way, we loved the trailer and it is great to see Sting’s name associated with the WWE after years of waiting. We do agree with the watching fans though on RAW in seeing that it almost felt like an anticlimax after so much build up prior to the Sting 7.14.14 return.

Watch the official trailer below and also the moment live on RAW in a second video when you couldd visibly hear some boos from the audience – apologies in advance for the poor quality. Do you also feel a little disappointed that Sting didn’t appear live on RAW?

Let us know if you will be pre-ordering WWE 2K15 after the Sting trailer to get him as a playable character.