How are you getting on with WWE 2K15 so far? We have been having fun with the game on PS4, but it looks like Xbox One owners specifically are experiencing some problems in relation to WWE 2K15 save data resetting frequently.

If this is you, you’ll be pleased to hear that there is a WWE 2K15 save data fix on Xbox One, which has come directly from 2K themselves. It isn’t a permanent fix yet, as they have only just acknowledged the issue but it does appear to be a solid workaround in the mean time.

What you need to do if you are affected by this, is to not let the game idle on the main menu screen, according to 2K. The developer has also said on their website that providing you follow the instructions above, the WWE 2K15 save data glitch won’t occur on the My WWE, Xbox Live, 2K Showcase, Story Showcase, 2K Showcase Timeline, Options, and My Creations game modes. 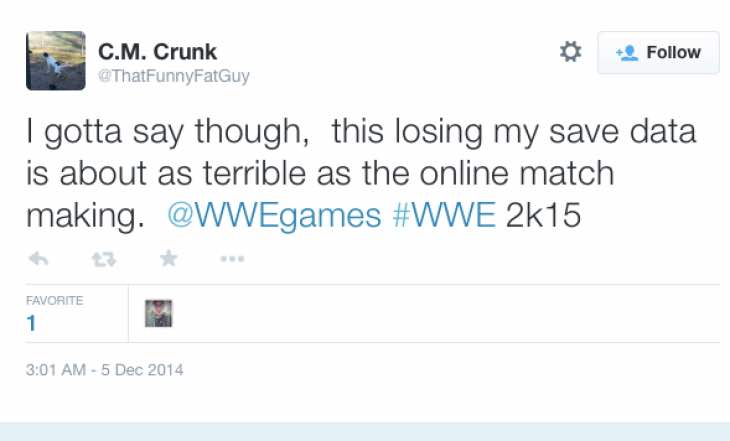 Hopefully this will work for some of you as it is obviously very frustrating indeed when all of your recently unlocked items are lost. Even worse when you are struggling to progress through Universe mode then this glitch wipes out all of your progress in one swoop.

At the moment, 2K is investigating so we should have a permanent fix very soon when the next WWE 2K15 update on PS4 and Xbox One goes live. We’ve heard that this problem is happening on PS4, but doesn’t seem to occur as much as it is on Xbox One.

Are you affected by this save data problem on WWE 2K15? Get in touch with us below if so.