WWE 2K15 is now available to buy, but we can see that there has been some big disappointment from PS4 and Xbox One owners who went to the shops this week to buy the game, only to find out that the WWE 2K15 PS4 and Xbox One release date is not until the end of November.

We were aware that 2K made the decision to leave next-gen platforms out until November 18, but we can also see that it caught many unsuspecting gamers off guard.

The joy of going into GameStop hoping to pick up a PS4 or Xbox One copy, to be then told that the game isn’t out for another month has been too hard to take for some. 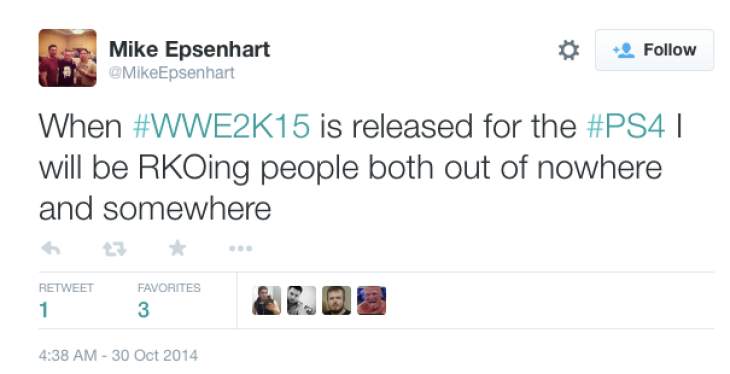 The fortunate thing about a later release though, is it obviously gives Visual Concepts time to look at the mixed reviews for the game and decide whether they need to make quick adjustments for the next-gen copies.

We already told you earlier this week about the disappointment regarding the WWE 2K15 roster list and complaints on that it was too small with slots taken up for different variations of the same wrestler.

We can only imagine that 2K are saving all of the goodness for the PS4 and Xbox One versions, with an even bigger roster and the modes that were removed from WWE 2K14 put back into the game.

Can you admit to being surprised that PS4 and Xbox One versions did not launch on the same date as PS3 and Xbox 360 – were you caught off guard? We think now most gamers will actually it as a blessing in disguise.